“Every image has this disconcerting element of going further in time, into magical time. Some may think it is naive that by depicting something you capture its soul or that you have control over things. But it really does have something to do with that.” - Luc Tuymans

Sanell Aggenbach’s new body of work for the FNB Joburg Art Fair is an extension of her 2013 solo exhibition Familia Obscura. The works in that exhibition marked an investigation into the schism between reality and representation, particularly within the context of private histories and narratives

By working from sourced snapshots, Aggenbach deftly plays into what Luc Tuymans has referred to as the “authentic forgery” , producing images of images, thus twice removed from reality. Referred to by Aggenbach as “modern memento mori”, this body of work incorporated contemplations of loss and belatedness by celebrating loved ones through depictions of still lifes, personal objects and ikebana flower arrangements. Underscored by a tug between quiet humour and melancholia, Familia Obscura marked a sifting through the artist’s reservoir of memories and the shared, accumulated stories of her lineage.

The artist elaborates on the new expansion of her work:

“Last year I exhibited a body of work entitled Familia Obscura based on obscured family snapshots. I decided to extend this concept for the FNB Art Fair by producing five new pieces: three botanical paintings and two bronzes. There is an ironic take on the ‘feminine view’, which includes a re-interpretation of Michelangelo’s Pietà. I enjoyed creating these works and playing off masculine mediums (bronze) with feminine concepts. I only began working in oil paints six years ago and it is a magical medium. The slow drying allows for endless manipulation and gossamer effects of layering and transparency. This partial representation relates to the themes of transient memory and a sense of yearning that I often explore.

Each object that I paint is selected for personal significance. In a way I enjoy an open-ended interpretation of my work, rather than a predetermined explanation, meeting the viewer halfway. The same can be said for my choices of colour, sometimes the decision is based on intuition and sometimes it is a more formal approach.” 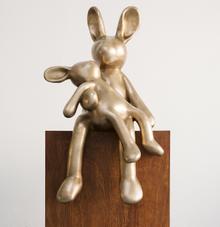 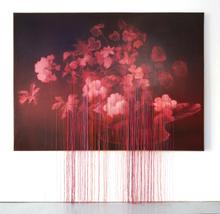 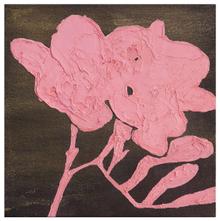 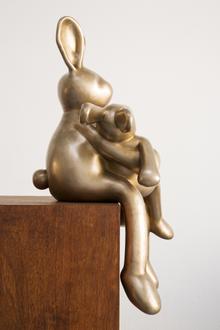 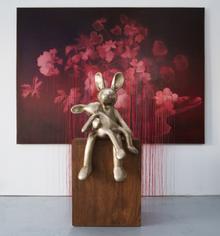 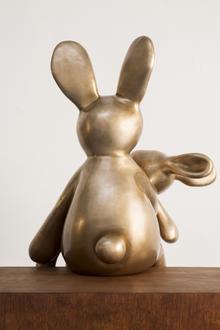 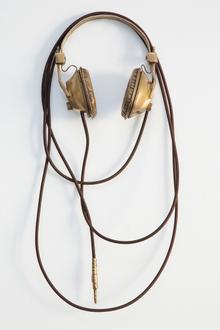 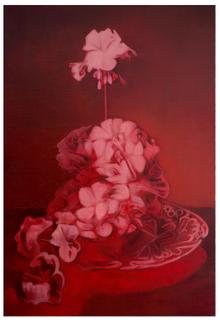