This exhibition showcases some of Aggenbach’s recent work since receiving the Absa L’Atelier Award in 2003. Her sculptural installations and paintings characteristically deal with issues of a shifting cultural heritage, the underlying concept being the impact of memory and social history.

Her work is an amalgamation of historical references and private narratives. References for this new body of work were sourced from Van Kalker, a community photographer who documented the multi-racial suburb of Woodstock, where Aggenbach lives, from 1938 till the late 1970’s. Subjects from this largely working class community were documented in uniforms, groomed attire and ceremonial dress. The majority of the sitters were of Cape Malay, African and Portuguese origin.

The paintings are inversed images, referencing the original large format negatives. These images imbue a ghost-like quality and allude to the historical context of the time. 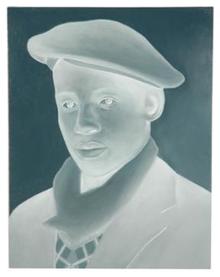 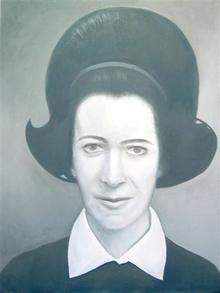 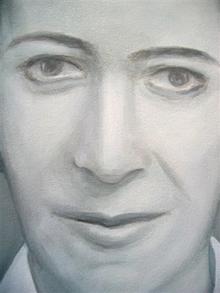 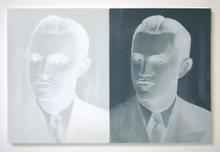 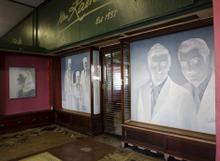